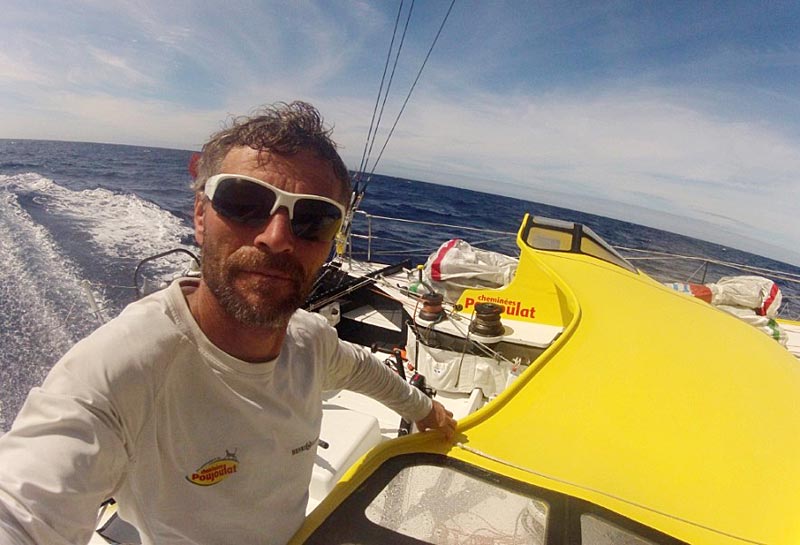 24. 12. 2012 at 12h13, the Race Direction send the jury a report about an incident involving Cheminées Poujoulat while in the Auckland Islands

24. 12. at 15h07, the Race Committee sends the jury and the Race Direction an intention to protest Cheminées Poujoulat for an alleged breach of NOR.

24. 12. at 15h53, the race direction inform Cheminées Poujoulat of the intention to protest from the Race Committee.

26. 12. at 12h57, the Jury request Bernard Stamm to give comments on the protest, attaching the report from the Race Direction on which the protest is based

27. 12. at 07h31, the Jury forward Cheminées Poujoulat the complete protest from the Race Committee

28. 12. at 10h50, Regis Rassouli, from Cheminées Poujoulat team, sends the jury an information saying that Bernard Stamm was back in the race and would send his report about the incident as soon as possible.

On 22. 12. Bernard Stamm decides to change course toward the Auckland Islands in order to repair the hydro generators.

At 04h53, Bernard Stamm anchors in the bay after having unsealed the engine and the heavy anchor.

Seeing the boat is drifting toward the ship, Bernard Stamm calls her by VHF. During the chat with the crew, they propose to moor his boat to the ship.

Considering this is an emergency situation, Bernard Stamm decides to use the ship as a mooring and informs the crew of his decision by VHF.

Then Bernard Stamm prepares the boat to move, sets the sails and turns on all devices .

Coming back in the cockpit, Bernard Stamm notices that a person from the ship is on board his boat and has begun to recover the anchor.

Bernard Stamm starts the engine and turns on the auto helm, then goes to the bow to recover the anchor.

Bernard Stamm decides not to ask this person to leave the boat "when I saw him on board I did not find any reason that could justify to send him back from the board".

Bernard Stamm comes back to the engine controls and at the helm and the person at the bow throws the line on the Russian boat to make it fast.

Immediately afterwards, the person leaves Cheminées Poujoulat and returns to his RIB.

Once the boat has been correctly moored behind the Professeur Khoromov, Bernard Stamm goes to say hello to the two people in the RIB, and then they offer help. At this time, Bernard Stamm explains clearly the situation, that he is racing, that he is not entitled to any help.

Bernard Stamm considers that this was a case of absolute necessity for which it was needed to act in order to secure the boat and to prevent creating a problem for the ship moored nearby.

Mooring to another boat is a breach of the first sentence of NOR 3.2.

By not asking the person on his boat to leave when he discovered him, Bernard Stamm broke the second sentence of NOR 3.2.

Cheminées Poujoulat is DSQ from the Vendée Globe under NOR 3.2, fourth sentence and SI 11.2 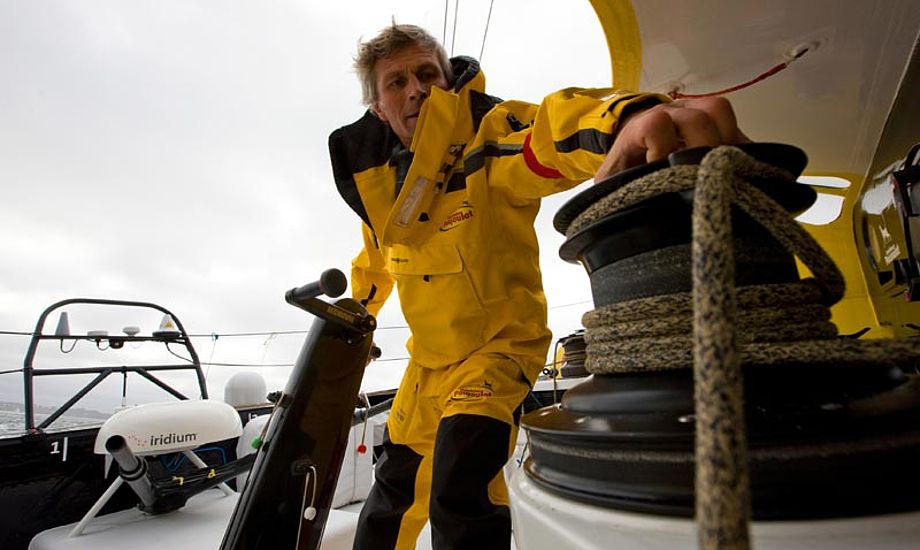 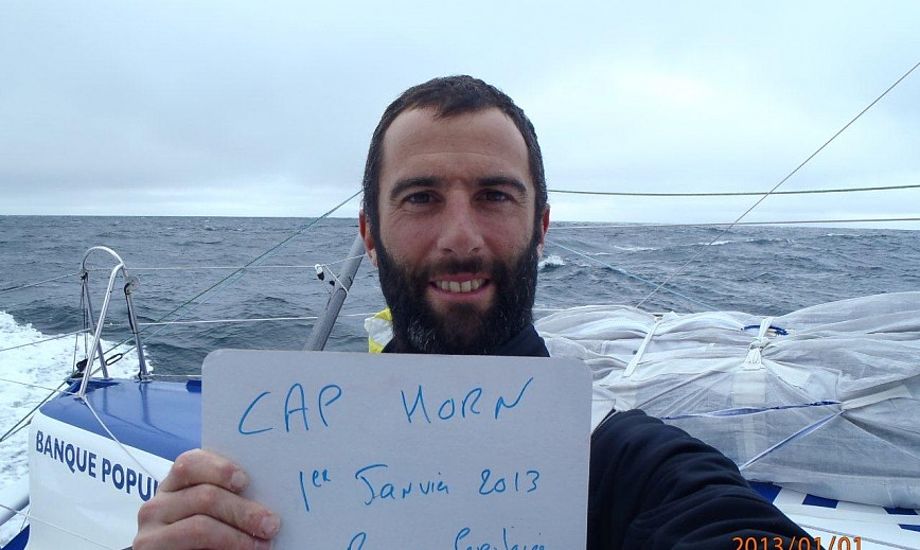 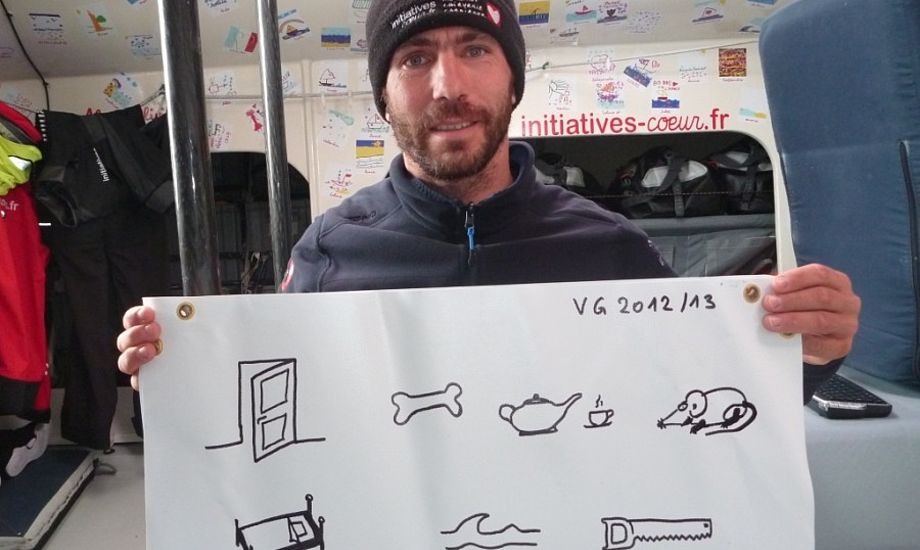 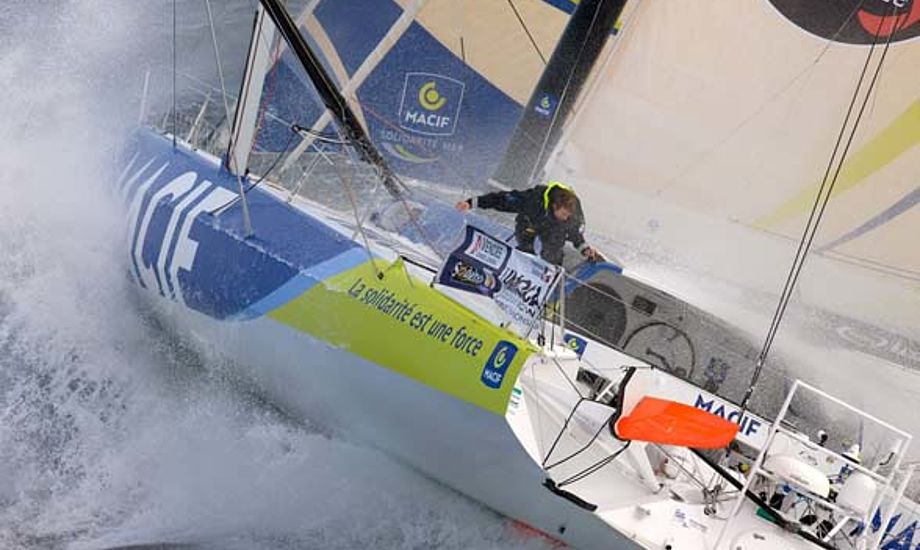